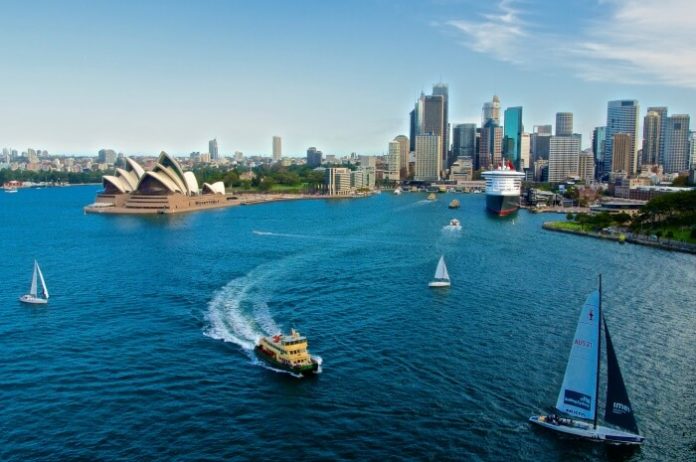 Sydney is one of the biggest cities in Australia, so you can be sure that there are plenty of things to do there. It is a charming city with its own personality that is known worldwide. Landmarks such as the Sydney Opera House are recognizable all over the planet. Here is a list of things to do in this wonderful city.

This heritage-listed bridge was constructed in 1932 and is one of the most recognizable bridges in the world. But did you know you can actually climb the bridge? There are companies that, with the permission of the local government, can give tours where you can scale the bridge and see the city from a truly different perspective.

This iconic landmark was opened in 1973 based on the design of Danish architect Jørn Utzon and constructed by a team headed by Peter Hall. It is truly a unique building that is recognizable all over the world and is often regarded as one of the most famous and distinct buildings ever built.

Go to the races

If you have ever been to see horse racing in Sydney, you will know that Golden Slipper tips are some of the most important pieces of information you can get your hands on. It is one of the premier races in Sydney that takes place in late March at the Rosehill Racecourse. It is the richest two-year-old horse race in the world with prize money of $3,500,000.

Spend a day at Bondi Beach

Bondi Beach is one of the most famous beaches in the world and for good reason. Every year, millions of people flock to the beach to tan up and have a dip in the crystal clear ocean. Surfing is also very popular there and is only an 18-minute drive from the CBD. It is also a heritage-listed site and holds the Guinness World Record for the biggest swimsuit photo shoot with 1010 bikini-clad women taking part in the event.

Take a stroll through the gardens

The Royal Botanic Gardens in Sydney is a great place to take a walk and relax and enjoy the subtle ambience. The garden is also Australia’s oldest scientific institution with scientists studying all sorts of things from flora to evolutionary biology. Events are also held there regularly so check out your local guide to see what’s on.

Take a walk at Darling Harbour

The city of Sydney is a beautiful place and taking a stroll in Darling Harbour shows the city’s best side. It is adjacent to Sydney’s city centre and the nightlife is fantastic with the Harbourside shopping complex, Madame Tussauds and an aquarium to explore. There are also plenty of restaurants and teahouses to visit stocked with gourmet cuisine.

Go on the Home and Away tour

Home and Away is Australia’s longest-running soap opera set in the fictional seaside town of Summer Bay. The show is largely filmed at Palm Beach and is shown in over 80 countries around the world, being particularly popular in the United Kingdom. Palm Beach is a beautiful location and if you visit, you may be lucky enough to see the show being filmed.

Sydney’s a vibrant and thrilling city that offers something for everyone to enjoy. There is plenty to see and do, making this one of the top places on your bucket list.