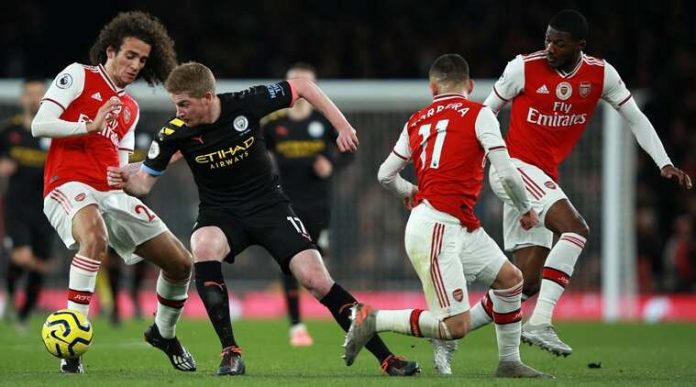 Whilst no one could ever dispute that 2020 has been nothing if not destructive and turbulent, there have been several industries and communities around the world that have demonstrated that chaos still breeds opportunity. Benefitting from the lockdowns around the world, video games (which were already a fast-growing community) became an industry worth more than music and film put together.

Playing video games competitively and the industry that has grown around it, called Esports in the community, is now worth over a billion dollars on its own thanks to the continued success of titles such as League of Legends, Counter-Strike: Global Offensive, Dota 2, and Fortnite. But whilst these games might be the poster boys of elite-level gaming, there are more than few games out there that boast similar skill ceilings and could be on the verge of breaking the hegemony in 2021 and the years ahead.

Here’s your complete guide to understanding one such game, Rocket League.

What Is Rocket League?

Rocket League was developed and published by Psyconix back in 2015 as the follow-up sequel to their 2008 game, Supersonic Acrobatic Rocket-Powered Battle-Cars. Rocket League is a vehicular soccer game, with players taking control of their very own rocket-powered car and playing what has to be the most bizarre game of soccer anyone is ever likely to find.

The huge football, pitches and sloped walls and dome means that mastering when to boost and launch into the air is a vital skill to learn and goes a long way in adding extra dimensions on top of just being a wacky game of football.

Rocket League runs incredibly well for a game released back in 2015 thanks to continued support from the developers, and some of the visuals it boasts are absolutely stunning.

And working out the angles on your car, the speed needed to reach the ball, and the specific points you need to be hitting the ball at needs to be considered and adds that Esports level skill ceiling on top of just being some action-packed reflex game.

Who Is The Best At Rocket League?

Rocket League is still very much in its infancy when it comes to its official competitive circuit, with the bulk of its winnings coming from localized online tournaments rather than the grandiose LAN events we’re used to seeing dominate the likes of League of Legends, Pro MB Gaming, Counter-Strike: Global Offensive or Dota 2.

Of course, it should be remembered that a lot of Rocket League’s popularity has come over the past year or so, during the midst of a pandemic that has forced everything online. Making the jump from online and proving the game has the popularity to produce huge scaled tournaments is going to be key for Rocket League developing as an Esport in the coming months and years, and it’ll be fascinating to see how it stands up over this timeframe.

According to Liquidpedia, NRG is the most decorated side in all of Rocket League history. Always nestled amongst the favorites in the Rocket League betting markets available at Unikrn.com, the NA org has a total winnings haul of over $900,000 and have swept to six S-Tier wins and thirty-seven first place finishes at the time of writing.

However, again at the time of writing, Swiss Esports org Team BDS are placed at the summit of the worldwide rankings. The former ARG org of M0nkey M00n, MaRc_By_8, Extra and Kael currently holds a rating of 2830, and only had their mammoth winning run over the backend of 2020 ruined by Top Blokes at RLCS The Grid Week 3 at the start of the year. Team Renault Vitality is still the second highest-ranked side with a rating of 2684, whilst Dignitas are the side in the top fifteen with the heaviest win streak of five in a row which has launched them up to 4th in the world currently.

Rocket League’s competitive scene is still very much centered around EU and North America, however, there are viable opportunities in both Oceania and Asia for teams to look to carve open an opportunity for themselves, and it’ll be interesting to see whether the game’s blossoming popularity will be enough to spread itself around the world in the same vein as other major Esports titles.